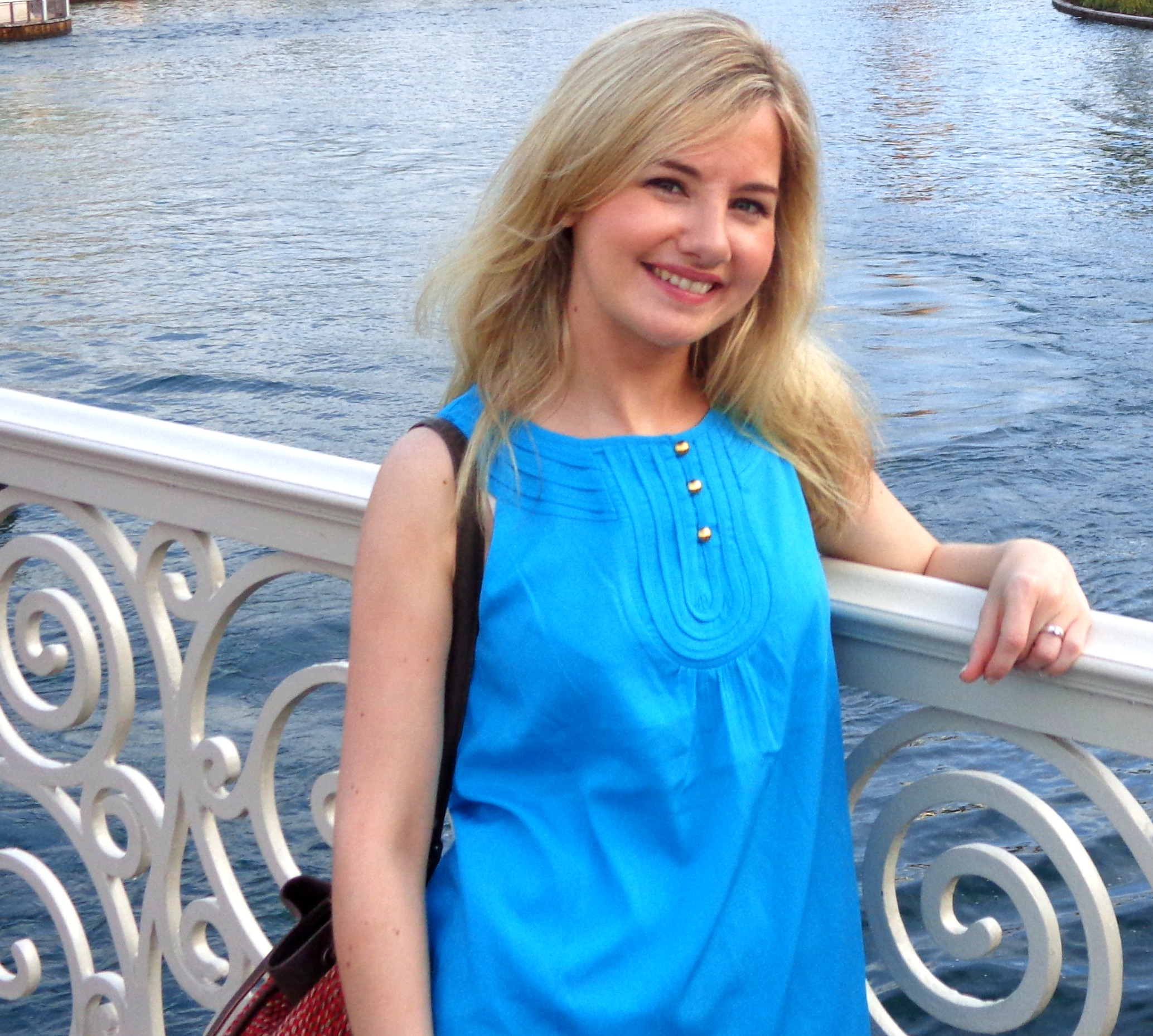 I was diagnosed with Crohn’s disease when I was 21. I had been studying in Genoa, Italy as part of my degree when I first began to feel really unwell. In hindsight, I was probably unwell for a long time before that. I always had to have indigestion remedies with me and often felt nauseous. In February 2008, I remember ringing my mom and crying down to the phone to her. I didn’t know what was wrong with me but I knew I couldn’t ignore it anymore.

About a week later, I was diagnosed with Crohn’s disease. Initially, I don’t think it really hit me. I just thought I would recover and then I would be fine. I really didn’t understand that this was a chronic condition. A few weeks later I asked my GP when I would be stopping the medication. She looked at me and said “Maria, you will be taking medication for the rest of your life”. That’s when it really hit me like a ton of bricks.

I suffered from low mood a lot that year. Starting my final year of college a few months later was enormously difficult for me. I distinctly remember being afraid to eat despite being repeatedly told my doctors that food made NO difference to the condition. I did find that hard to believe given that as this is a digestive disease and my symptoms were notably worse after eating certain foods. Over the next year I finished college and even got the opportunity to study in St. Andrews for a masters degree.

I was determined not to let Crohn’s disease limit me in any way. I suffered frequently from low mood and fatigue but tried not to let it hold me back. My day-to-day symptoms were very bad at times and this caused me a lot of anxiety. I found it very difficult to talk about my disease or symptoms even to close friends. Bowel habits don’t make polite conversation in any circle!

For years I had many ups and downs with my disease. I began taking immunosuppressants and anti-inflammatory drugs the same year of my diagnosis but they didn’t work very well for me so I frequently needed steroids as well. With steroids came all those horrific side effects : insomnia, anxiety, heart palpitations, night sweats, nightmares, insomnia, terrible acne and the dreaded puffy  “moon” face. I still can’t look at some photographs from years ago where my face is puffy like a balloon. It seemed so cruel that on top of having a difficult auto-immune disease, there was so many drug side-effects to deal with as well.

For the most part, I lived a normal life. I did most things I wanted to do but I was always aware that too much stress would cause my Crohn’s disease to flare up. After almost every big event in my life (exams, my wedding, the birth of my daughter, my dad’s funeral), I had huge flare ups. Things came to a head for me after our second daughter, Catríona was stillborn in 2015. Due to a huge amount of emotional stress, my disease was pretty much out of control. A colonoscopy in 2015 revealed moderate to severe inflammation and I saw things only getting worse.  Worried about the thought of having to try even stronger medication with no guarantee it would bring me into remission, I searched in desperation for an alternative.

My search led me to the Specific Carbohydrate Diet. I ordered the book “Breaking The Vicious Cycle” by Elaine Gottschall on amazon and talked to someone I knew in Cork who had been on the diet for four years with great success. It wasn’t an easy decision to start the diet especially as we were still heavily grieving the loss of our daughter. However for my health I knew something had to change. I still remember the night I decided I would try it. I cried for two hours solid as I really thought my life would never be the same again. My husband was nervous about me starting the diet too. Would I lose too much weight? What would I eat? Would we ever be able to go for dinner again?

And so I started the Specific Carbohydrate Diet. I followed it as best I could, making some mistakes of course. I began with the intro diet as recommended and then tried gradually to introduce new foods. I’m not going to lie to you. I had so many ups and downs. It was quite some time before I saw real progress. Even still, almost two years on, I still get flares. That said, I have been able to reduce my medication a lot (under the STRICT supervision of my GI doctor) and my general health is much improved.

I no longer get sick as much as before and my day-to-day Crohn’s disease symptoms are virtually non-existent, unless I am flaring. My energy levels have vastly improved which is great because I need all the energy I can get with a lively three year-old and with all the cooking that the SCD diet requires! I have shared this story of my journey with Crohn’s disease to give others hope that following SCD can make a difference to your disease and that although it may never “cure” your IBD, it can vastly improve how you live.

Disclaimer: I am not a doctor and am in no way offering medical advice – just my own story. You should talk to your doctor before making ANY changes to your diet or to medications.

4 thoughts on “Crohn’s Disease – My Story”